The ERTE measure in Spain due to COVID-19

Royal Decree 463/2020 of Spain on March 14 declared the state of alarm for the management of the health crisis caused by COVID-19. On March 17 it was announced about extraordinary urgent measures to face the economic and social impact of COVID-19. Royal Decree-Law 8/2020.

Those measures mean that most public places will be closed: kindergartens, all planned exhibitions will be canceled, many businesses will be temporarily closed, the companies whose services can be shifted to online work, will be shifted. Schools and Universities classes will be online during this period. All bars, restaurants, art classes, marijuana clubs, night clubs, and all the fun stuff will be put on “stop” from now on. At first, for 14 days, 2 weeks. Until the end of March.

Confinement for 2 weeks and you are allowed to go out only for groceries, walk a dog, throw out the trash or go to the pharmacy, keeping a distance between people at least 1 meter. Only if you are not accompanying handicapped or minors, but since all activities are canceled and schools are closed, there is no need to accompany them if they stay at home.

You will keep getting some fresh air if you work in a place from this list:

At the same time the activity of any establishment that, in the opinion of the competent authority, may pose a risk of contagion due to the conditions in which it is developing, will be suspended. Bakeries are open too but people are not allowed to consume the products there, only to take away.

The supermarket’s staff control that all consumers wear the gloves and splashing sanitizer on their hands, once they enter a store. The first 2 weeks felt like you are in the middle of an apocalypse movie and it is an adventure, because you know that everything will end in 2 weeks. Then the state of alarm was extended for 2 weeks more and the rumor has it that it will last more than 2 weeks. So, at the end of March, it was said that the state of alarm will be extended until the 12th of April and on April 11 there was published a document in the State official newsletter that the state of alarm in Spain will remain until the 26th of April.

For me, it took 3 weeks and a half to accept that this uncertain time is our reality now, and it probably will last a few months or even more. There is no safe place in the world now and we have to handle it somehow. Ok, this sounds like pathos, but what is here now? How will this situation affect our lives economically?

Spanish Prime Minister Pedro Sánchez at the beginning of the state of alarm announced a relief package of €200 billion to fight the economic fallout of the coronavirus crisis.

The amount of this package, which comprises public and private funds, is the equivalent of 20% of Spain’s Gross Domestic Product (GDP).

Half of the money will go on help for businesses, to ensure liquidity for struggling businesses. Another €17 billion is being earmarked to support the groups most likely to suffer from the effects of this COVID-19 pandemic situation.

“These are extraordinary times that require extraordinary measures”, he said and declared that mortgage payment can be delayed. The measures also include easing social security contributions.

Who are these groups? Retail business for example. I have two friends who work in this field and they are on a temporary layoff now (ERTE). It turns out that many companies launched the process of this practice, which is called in Spain ERTE. El Pais says that there are more than 100.000 employees will be affected by this layoff. But this isn’t a very bad thing. That doesn’t mean people will lose their jobs, by the law during the ERTE period the company can’t fire people and it benefits both sides.

What does ERTE mean for the company?

ERTE is Expediente de Regulación Temporal de Empleo, which means temporary employment regulation. Regulation consists of stopping job contracts for the employees during the period of the state of alarm. The employees will receive 70% of their salary (calculated from the salary of the last 6 months) from the government and the employer will get easing social security contributions. During ERTE this Social Security contribution for the companies will be canceled.

In Spain, the employer pays up to 30% of the employee salary for Social Security (CatSalut). So, it benefits the companies that they will start the process of ERTE because they won’t be worried about this part for 3 months. But not all companies will be allowed to get permission to implement ERTE.

The Council of Ministers agreed that the ERTE will be approved only if the companies suffered the consequences of “force majeure” and had to cancel/stop their business activities due to damage from COVID-19. The employer should present documents to Labor authorities and request permission to start the ERTE processes caused by “force majeure”. They should provide a report with some means of proof that their business suffered from COVID-19, it might be the number of layoffs, reduced customer flow, etc. During 5 days the Labor authorities provides a reply. If it is “Yes, there is “force majeure” and the ERTE can be implemented because of this reason, or “No, there is no enough evidence that there is “force majeure”.

If it is “yes”, then the companies can not terminate the job contract with an employee. For employees, it gives safeguarding employment for 6 months, and the companies will need to start the contracts when normality is reestablished. The labor authorities should provide any response within 5 days. If they don’t, that means a positive reply by default. But since it is Spain, there are no clear explanations and rules about which companies and businesses should be closed. For example, taxis can’t be affected by COVID-19, but driving schools have suffered from this force majeure, following Rankia's webinar.

How will the ERTE affect the employees life?

For the employee, the ERTE means that they will receive 70% of their salaries calculated from the last 6 months and the companies may add the rest 30%, but it is not mandatory. I know that one of the biggest retail companies in Spain did pay that 30% to the employees for the first month of ERTE.

There are some limits that the employee may receive from the TGSS (Tresoreria General de la Seguretat Social). If you have a high salary, you won’t receive all of it. You might receive only up to:

1400 euros – if you have more than one kid (unfortunately pets are not considered as kids).

The employee will not need to do anything: request or provide. Everything will be done by companies. Also, for the employee, it doesn’t mean that he/she will be unemployed. The benefits will be paid by TGSS and not SEPE/SOC. When you’re unemployed, you receive the benefits from SOC (Servicio de Ocupación de Cataluña), Catalonia Employment Service.

The good news that even though you won’t be working, you will continue to earn professional experience (“cotizar” in Spanish). It is very important for the immigrants since they have to be employed a half time of the duration of their residence permit.

It will be probably another good news for the expats and immigrants that their TIE cards will be extended automatically as well. But this should be proved by the Extranjeria. And this is totally another story.

To cut and decrease the expenses the companies may ask their employees to voluntarily apply for “permiso no retribuido” or take unpaid vacation days. If you apply for permiso no retribuido which means that you request some days off per week that won’t be paid. The company will pay less for Social Security per each employee since there will be a cut of the salary. But it doesn’t affect the type of job contract and the vacation days that are allowed by the law.

So far I faced only these 2 ways to regulate the economic consequences. We will see what happens next. What measures are the companies implementing into strategies in your country? 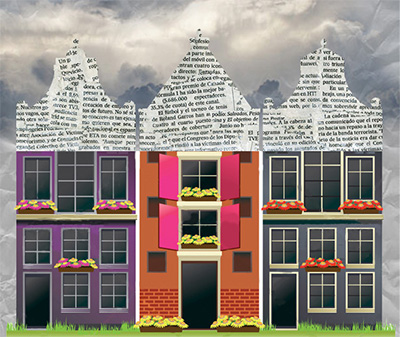 How to buy a property in Spain, and what to expect in the market after this pandemic ends? 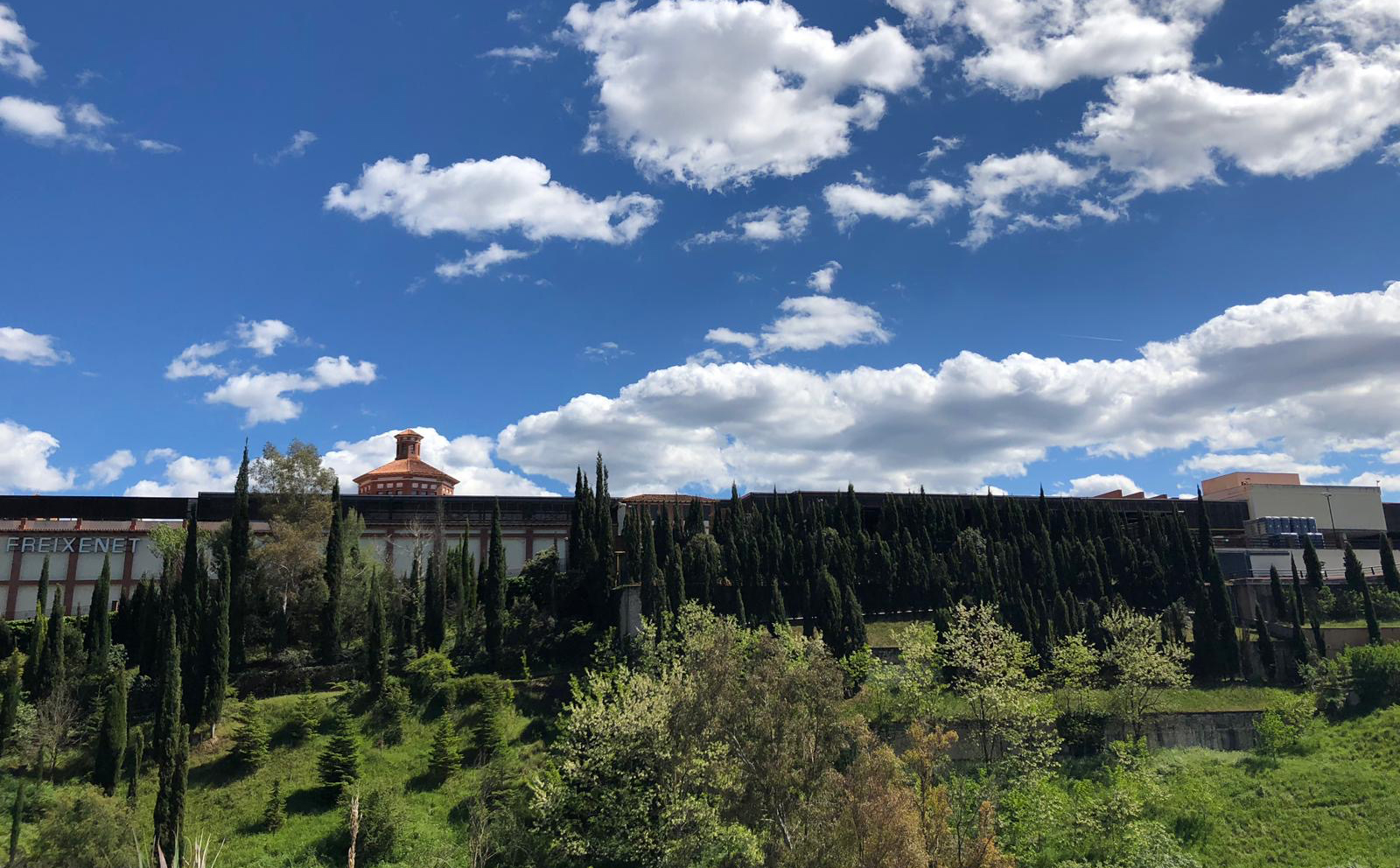 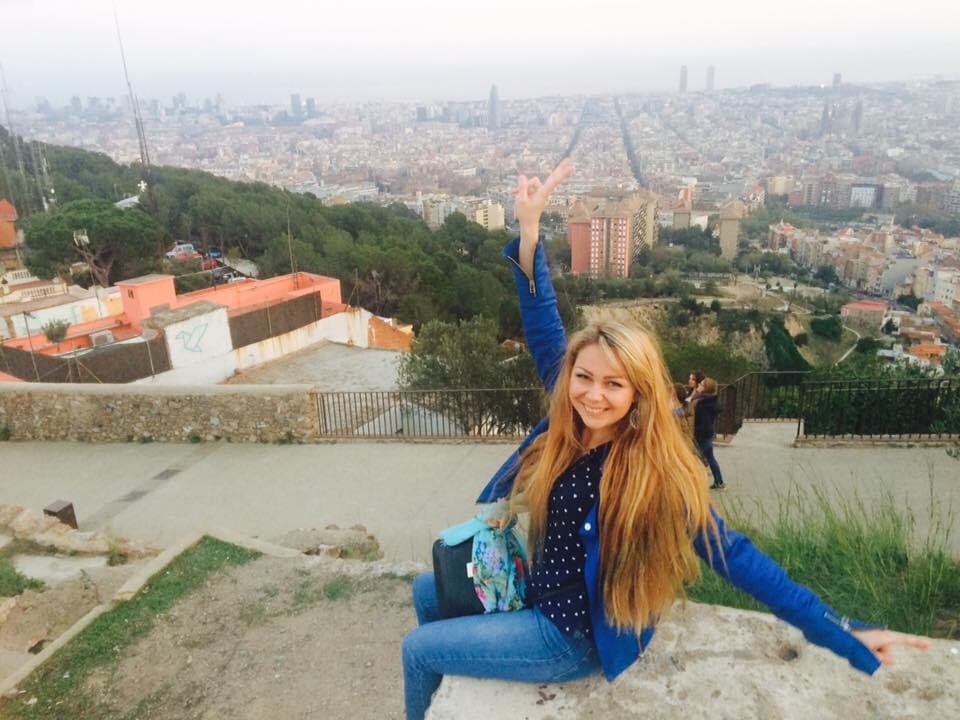